A downloadable game for Windows

The focus of the demo is on game mechanics to be precise the combat and the progression system. The demo has no story elements or world explorations and interactions. Instead you will enter immediatly combat. After combat you'll enter a new option list in wich you can shop for items, improve your characters, learn new abilities or jump into the next fight.

If you win the battle you earn XP, Money and loot and you can enter the next stage. This means the next enemy is slightly stronger. If you lose you will keep all progressions you made up to the point of your defeat and you return to the options screen and the next stage will be locked.

The goal of this demo is to create a strong foundation of the main game mechanics and optimize them as good as possible before crafting the Main Game. Any feedback to achieve this goal is highly appreciated.
You can contact me directly on the site you downloaded the demo, trough social media (links on Title Screen) or send me a message on K.D.Gameprojects@gmail.com.

Son - World In Pieces (Working Title) will be a massive, narrative driven, turn-based RPG with a multilayered progression system. The enemies you encounter, the abilities you learn and use in combat and how you decide to interact with objects and NPC's in the world will affect the growth of your character.

The combat system is defenitly inspired by the great old JRPG's but also introduces you to new and different elemts to guarantee you a new game experiance.

...was tausends of years a go very similar to our own until the humans found a massive energy source and learnd how to us it. As more humans started to use this energy source it got instable and finally exploded in tausends of pieces and ripped the world appart.

Now the world is only a small core connecting six massive plateaus with each other and with a big island in the sky. On the all the plateaus you can find different conditions (desert, ocean, forest, mountain, winter and shadow) and the core itself is a world of fire with dangerous monsters and toxic air. Because of this isolation and different conditions the 7 civilisations on this plateaus and the sky island progressed in completly different ways, different culture, economy and religions. From small tribal men still hunting with stone axes to massive steampunk-like industrial cities. Only one thing connects all of this different civilisations, they all made themself dependant on so called Son-Stones, a small energy source and a last reminder of the past.

When the story of the game starts the world-reshaping event is nothing more then a legend and the Son-Stones are a rare source that gets harder and harder to find. This leads to piracy, betrayal, civil wars and even to the thread of a global war.

The player will see the story trough the eyes of different characters from different lands and following their individual hardships. As the stories progress they will colide and character will meat as friends or foes and not all of them will see the end...

Like I said before the first thing is to build with the Demo-Version a strong foundation on wich I can build the Main Game on.

Because of the massive ambitoues story I will release the game in episods or in chapters. Chapters will be connected to the different characters. It will be possible from a certain point in the game to switch between characters mid-chapter and to revisit already finished chapters to explore the world, find secrets, finish unfished side quests or just to grind.

Between the chapter releases I will offer smaller patches for bugfixes, possible changes and improvements and to add more content like side quests, new area, abilities and more.

The plans are to keep the game free-to-play and without any additional paywalls for any typ of content. It is the players decission to give a small donation to help this project out. 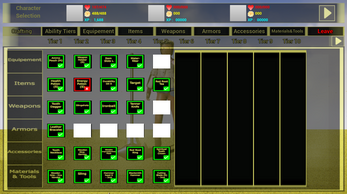 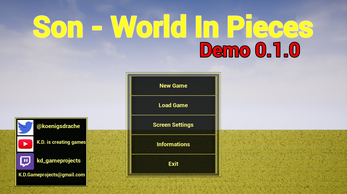 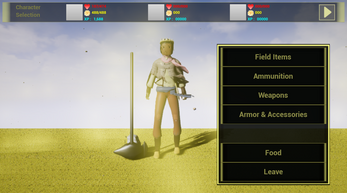 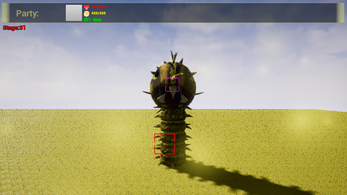 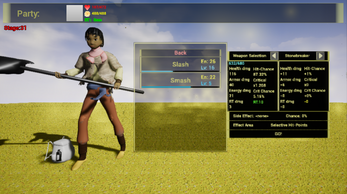 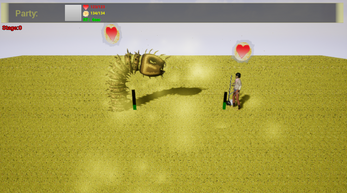